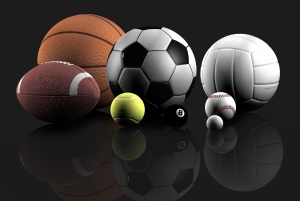 Photo courtesy of jackaruteonsports.com. Sports are a universal langauge.

I have been waiting for this day for a long time.  It was something that I had dreamed of.  And now it is finally here.  A little over three years ago when Kraze Sports (yes that was the original name) came to fruition, I set three goals for myself:

-Improve as a writer by practicing every day (Check).

-Get a job at the the Worldwide Leader in sports (very recently checked).

I have mentioned before what a pleasure it has been writing on this forum each and every day for the past three years.  What started out as a little project transformed into a major part of my daily life.  Blogging has been my release from everyday stresses and became almost therapeutic; something that I really enjoy. But the time has come to put TheSportsKraze on an indefinite hiatus. It was meant to be a launching pad, not a destination, and it fulfilled its purpose with flying colors.  Now, just because TheSportsKraze is going on a break for the foreseeable future does not mean this is the end.  It is the beginning of a new journey as I look to continue towards my dream of being an on-air sports broadcaster.

So thank you to each and every one of you for supporting me the past few years.  Whether you read the blog, provide constructive criticism of my writing, or just provide motivation in general, it truly means the world to me.

-What the NFL is doing in the present makes me sick to my stomach.  I am well-aware that every professional sports league is greedy in their own right.  But when that greed hinders the integrity of the sport, it has gone too far.  The NFL will continue to use the replacement referees as long as people keep watching on television and going to the games (which they will).  It is all about the money.

-Mike Trout may be the modern-day version of Mickey Mantle.  What he has done this year is truly unprecedented for a 21-year-old, or a player of any age really.  If Miguel Cabrera becomes the first player to take home the Triple Crown since 1967 though, Trout will go MVP-less, at least in 2012.

-When Tiger’s wife took a golf club to his Escalade on the fateful morning of November 27, 2009, the Tiger Woods we once knew sprinted out into the “woods“ never to be found again.  Regardless of this fact, to think Rory McIlroy intimidates the greatest golfer of our generation is a laughable matter.  Nine PGA tour victories and two major titles at the age of 23 is highly impressive.  But  Tiger’s toughest opponent was and always will be Tiger.

-Take in all that is Derek Jeter.  He won’t be around forever.  Captain Clutch has embodied everything that is good in baseball during an era where there has been plenty of bad.  Imagine sustaining excellence both at the plate and in the field (at shortstop) the way he has for over 17 years.  Last night’s accomplishment was just one of many in Jeter’s highly decorated career.  If Jeter were to catch Rose’s hit record that would be pretty neat.  Yet, it wouldn’t affect his legacy much.  At least not in my eyes.

-Pursue your passion relentlessly and always be authentically who you are.

-Always be a student of the business.

12 responses to “Farewell for now”