By Josh Kramer Philadelphia is known as the City of Brotherly Love.  Unfortunately, with no football or college hoops going on at the moment, there is not too much love in Philly these days. Things have gone from good, to bad, … Continue reading →

By Josh Kramer Only 13 players have ever captured the MLB Triple Crown (has happened 15 times).  The last player to accomplish the phenomenal feat was Carl Yastrzemski way back in 1967.  That year, the Red Sox led by Yaz, were defeated by St. … Continue reading → 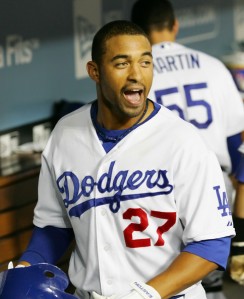 Okay, I realize this is totally a stretch.  Magic and his partners bought the troubled franchise for around two billion dollars on March 27th.  There is no way they could have done much to completely transform this team into one of the MLB’s elite in just a few weeks.  I believe in the power of pep talks.  But ownership has to make baseball moves as well to lead a franchise to greatness.  Magic and Co. have not really had an opportunity to make any baseball moves.  The real “Magic” lies in the play of star center fielder Matt Kemp. END_OF_DOCUMENT_TOKEN_TO_BE_REPLACED 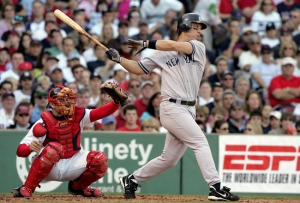 Photo courtesy of bleacherreport.com. The last time the Yankees began a season 0 and 3 was 1998. One of the key cogs to that team which ended up winning the World Series was Tino Martinez (pictured above).

Panic has struck the entire East Coast.  God forbid the Red Sox and Yankees both got swept in their opening series.  For just the second time in MLB history (1966 was the other), the New York Yankees and Boston Red Sox have started the year 0 and 3 (now both are 1 and 3).  This happens almost every year where a high-profile team stumbles out of the gate.  Last year, Boston was beside itself when the “Fenway All-Stars” started out the year 0 and 6.  They ended up winning 90 games and missing the playoffs due to the modern-day version of the Boston Massacre and one of the wildest final nights in the history of the baseball.  Back in 2009, both New York and Boston were relegated to the cellar in the AL East after six games.  We all know who ended up hoisting the Commissioner’s Trophy that Fall (Boston made the playoffs as well). END_OF_DOCUMENT_TOKEN_TO_BE_REPLACED 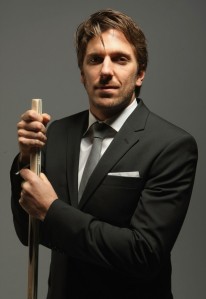 Photo courtesy of zimbio.com. If the New York Rangers want to bring the Stanley Cup back to New York City for the first time since 1994, much will be expected of their star goaltender, aka Mr. GQ, Henrik Lundqvist.

Men’s College Basketball has gone from 345 to 2.  Novak Djokovic once again flexed his muscles in Miami.  And Major League Baseball is ready to roll.  Last week was fun, but this week will not be too shabby in its own right.  Here are the events to keep an eye on.

5.  We have entered the final week of the NHL season.  I for one am extremely excited for playoff hockey.  Two teams are duking it out in the Eastern Conference for the 8th and final playoff spot, while the Wild West still has five teams in contention for the 7th and 8th positions.  I am more concerned with the real contenders though.  Teams that I think have a legitimate chance of hoisting Lord Stanley in June.  I am focused on a showdown in the City of Brotherly Love tomorrow evening.

New York Rangers at Philadelphia Flyers:  There is a reason why HBO had a hit series this winter entitled, “24/7 Flyers-Rangers.”  Not only are these two of the best teams in all of hockey, but they are also two of the fiercest rivals.  These teams have been bitter divisional foes since 1974-1975 season, and have met ten times in the playoffs.  Well don’t be surprised to see an 11th edition of the “Battle of the Broads” in this year’s postseason.  The Flyers have been led by a high-octane offensive attack that centers around their star, Claude Giroux.  The Rangers on the other hand can score in flurries, but their leader is none other than their Mr. “GQ” himself, Henrik Lundqvist. END_OF_DOCUMENT_TOKEN_TO_BE_REPLACED

By Josh Kramer The sun is shining, the birds are chirping, and spring is here.  Come April,  it’s time for baseball season.  There are few minor changes this year to the playoff system, but have no fear, the excitement will … Continue reading →

By Josh Kramer 11 NL East titles.  3 NL Pennants.  1 World Series.  Want to know what all of these numbers have in common?  They are all things that the Braves accomplished during the Chipper Jones era in Atlanta.  Larry … Continue reading →

By Josh Kramer The sun is shining.  The birds are chirping.  Spring is in the air (at least in some parts of the country).  All 30 MLB franchises are beginning their trek towards hoisting the Commissioner’s Trophy at the end of … Continue reading → 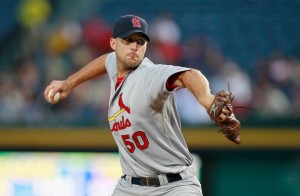 Photo courtesy of zimbio.com. Many Cardinals fans were on the verge of tears a year ago today when their ace Adam Wainwright suffered an injury that would sideline him for the 2011 season. I think their feelings changed by October.

And the beat goes on with “Throwback Saturdays.”  You got to love learning about the past in order to better understand the present or more easily predict the future.  What was happening on February 25, 2011?  How about on February 25, 2010?  Let’s find out.

So due to the loss of one player the Cardinals are toast?  They mine as well start worrying about the 2012 season.  Why even bother going to Spring Training?  Baseball doesn’t work that way people.

Sure Wainwright is arguably the best pitcher in the game.  Sure the guy has finished in the top 3 in the NL Cy Young voting the past two years.  I realize the guy has pitched over 230 innings in each of the past 2 seasons.  I am well aware the guy has a combined 39 wins over the course of the past two years.  The guy’s combined ERA over the past 2 seasons is under 2.5.  I will be the first to admit it.  The loss of this ace will hurt.  But baseball is a team game.  And it is a long, long, season.  It is a 6 month grind.  There are 162 games to be exact.  Want to know how many games Wainwright played in last year?  Try 33.  That is about 20% of the games.  It is a decent chunk.  But it is not an astounding number (To finish reading this post, click this link). END_OF_DOCUMENT_TOKEN_TO_BE_REPLACED

By Josh Kramer We all knew it was just a matter of time.  An inevitable occurrence.  There are not too many certainties in the MLB these days.  I mean who saw the Cardinals winning the World Series, much less making … Continue reading →