Jagr returns to the NHL, inks with Flyers 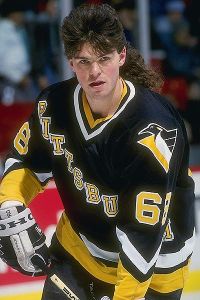 Jaromir Jagr will be playing hockey in the state of Pennsylvania again. But he’ll be donning a different jersey.

Today, the first day of NHL free agency (and fittingly Canada Day), Jagr signed a one-year contract worth $3.3 million with the Philadelphia Flyers, the fiercest Atlantic Division rival of the Pittsburgh Penguins, who Jagr helped guide to two Stanley Cups in 1991 and 1992.

Having spent the past three seasons in Russia with Kontinental Hockey League’s Avangard Omsk, Jagr, 39, impressed while in Russia and at the IIHF World Championship in May, when Jagr scored a hat trick in a game against NHL-level competition for his native Czech Republic, proving he had plenty to offer any team. END_OF_DOCUMENT_TOKEN_TO_BE_REPLACED