The Word:  What transpired on January 8, 2012 left a bitter taste in the mouths of Steeler Nation.  Tim Tebow may be gone, but Peyton Manning has arrived. END_OF_DOCUMENT_TOKEN_TO_BE_REPLACED

Photo courtesy of zimbio.com. Tom Coughlin (pictured above) has been highly criticized over the years. Yesterday, he finally received some of the credit he deserves in signing a three-year extension worth 20 million dollars.

Tom Coughlin never actually looks happy.  He was likely smiling on the inside yesterday though when he signed a three-year contract worth 20 million dollars.  Not too many coaches have sat on a hotter seat than Coach Coughlin has during his “tumultuous” eight years roaming the sidelines at the Meadowlands.  Yesterday, Coughlin was finally awarded monetarily for bringing the Giants their second Super Bowl championship in five years.

The harshest critics in the world reside in New York City.  If you can’t take the heat, then get out is the motto in the Big Apple.  Over the years, Tom Coughlin has dealt with as much, or more heat, than any other coach in the NFL (that still has a job).  If we are being entirely honest, if the Giants had failed to win in Week 16 and Week 17 last year, Coughlin likely would have been fired.  Instead, the Giants went on a magical run of six straight victories resulting in the organization’s fourth Super Bowl championship.

I for one have never understood the skepticism in regards to Coughlin. END_OF_DOCUMENT_TOKEN_TO_BE_REPLACED 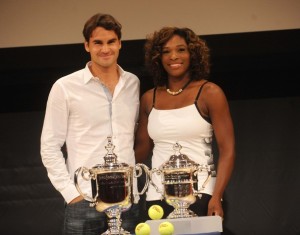 Playoffs, playoffs, and more playoffs.  It is a great time of year in sports.  And the best part is the playoffs are just starting to really heat up as we enter the later rounds for both the NBA and NHL.  Last week was a blast and the English Premier League’s heart stopping finale was the cherry on top, but this week should be a good one in its own right.  Here are the events to keep an eye on.

5.  Despite a good few months until the NFL season officially kicks off, the trash talking and storylines are just as juicy as ever.  Chad Ochocino has warned Goodell at the possible storm that seems inevitable in the wake of Junior Seau’s death and the heavy emphasis on head trauma.  In addition, two familiar NFC East foes were jabbering during yesterday’s holiday.  Osi Umenyiora wished LeSean McCoy, a “Happy Mother’s Day.”  Lastly, the Vince Young train has landed in Buffalo.  Talk about a major bust.  It may only be May, but the excitement is mounting.  Who else is excited for some NFL football?

4.  Madrid was full of surprises over the course of the past week.  In the end though, two familiar faces came out victorious (Roger Federer and Serena Williams).  Many of the top players were none too pleased with the blue clay.  Maybe this displeasure correlates to the frustration that opponents feel when they travel to Idaho to take on Boise State in football ?  Either way, the French Open is nearly upon us.  Next stop Rome though for what is always a great event. END_OF_DOCUMENT_TOKEN_TO_BE_REPLACED 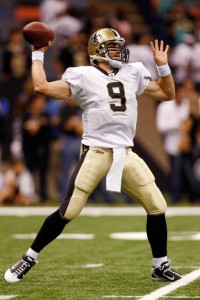 Photo courtesy of zimbio.com. Drew Brees (pictured above) made history on Monday Night. Can he lead New Orleans to another Super Bowl?

Just as it is every year, Week 17 will be defined by playoff implications and high stake games. The NFC East is on the line Sunday Night in the Big Apple when the Cowboys and Giants go to war.

In the AFC, Kyle Orton returns to Denver with a chance to knock Tim Tebow out of the playoffs. Do you think Orton wants to win this game? After being run out of Denver, Orton now has a chance to prove himself to Broncos ownership and exact revenge on the franchise that showed him the door.

Get your popcorn ready, it’s going to be a hell of a week. END_OF_DOCUMENT_TOKEN_TO_BE_REPLACED

Photo courtesy of getsportsinfo.com. Eli Manning (pictured above) wants to prove that he is one of the NFL's elite QBs. He will get his chance against Drew Brees and the Saints on Monday Night.

America’s favorite division, the NFC East, seems to be in the midst of a real down year.  Tim Tebow continues to shock the world.  And the injury bug has hit in full force.  We are well over half-way through the NFL regular season and the fun is just beginning.

After Week 11, here is the scoreboard.

Photo courtesy of sports.yahoo.com. Vince Young (pictured above) did his best Tim Tebow impression on Sunday night, leading the Eagles to a huge victory over the rival New York Giants.

We are nearing turkey day which can only mean one thing.  Football is out in full force.  The games on Thanksgiving Day are sure to impress, with a family reunion set to take place in Baltimore and a goliath showdown between two of the NFC’s elite in the Motor City.  And let’s not forget about the wild weekend that turned the BCS upside down in terms of College Football.  There is so much to talk about and so much going on.  Here is what has my attention.

-I am still astonished by what Tim Tebow has been able to accomplish.  But on Sunday night, I had the chance to watch another once very highly touted quarterback do his best Tebow impression at MetLife Stadium.  Vince Young, the man who coined the infamous “Dream Team,” backed up the talk with a big time victory against the division leading Giants.

But the real question is, how did he do it? END_OF_DOCUMENT_TOKEN_TO_BE_REPLACED 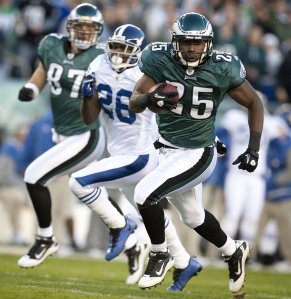 Photo courtesy of blog.pennlive.com. LeSean McCoy (pictured above) has been simply sensational this year for Philadelphia. If this team finds a way into the postseason, much of it will be due to the featured running back.

It took seven games, a fourth quarter collapse against the 49ers, but the 2011 Philadelphia Eagles have finally arrived. In their 34-7 domination of the Cowboys on Sunday Night, every thing was clicking, and the self-proclaimed “Dream Team” looks as though they are finally figuring it all out. That wasn’t all that happened this weekend, though.

The Ravens needed an 18-3 second half effort to beat the Cardinals, 30-27, while the Saints got shocked in St. Louis 31-21. The wild season that is taking place this season just continues to get more unpredictable. Who had the Chiefs winning four straight games after their miserable 0-3 start? Seriously, did anybody have the 49ers, Bills, and Bengals with a combined 17-5 record at this point in the season?

I didn’t think so. END_OF_DOCUMENT_TOKEN_TO_BE_REPLACED

Photo courtesy of allphiladelphiasports.com. Michael Vick (pictured above) and the "Dream Team" appear to have finally found their mojo.

The past few days in the sporting world have been absolutely wild.  Amazing College Football finishes, shocking NFL upsets, and of course the conclusion of what was an epic World Series. The following are the items that have really caught my attention.

-The game of baseball is now a better place.  Okay maybe that is a little bit of a hyperbole, but it is not so far-fetched in my opinion.  Tony LaRussa, the St. Louis Cardinals manager, has called it quits after 33 years as an MLB manager.  And as you all are already more than aware, I have never been shy about my sentiments on LaRussa.  The man is a nuissance, and really hurt the game more than he helped it.  Despite my opinion though, he did put up some outrageous numbers that will forever be in the record books. END_OF_DOCUMENT_TOKEN_TO_BE_REPLACED 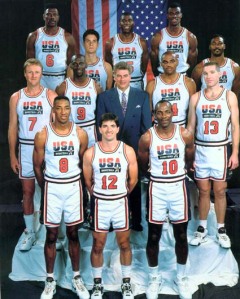 Photo courtesy of sternbutfairsports.blogspot.com. The real Dream Team (pictured above) handled business back in 1992. Vince Young's "Dream Team" is not handling business thus far in Philadelphia.

There is so much going on in the wide world of sports these days that it is somewhat difficult to keep track of it all.  Big time College Football plus the looming conference realignment.  Amazing comeback galore in the NFL.  The MLB playoffs.  And NHL hockey is about set to get the party started.

Here are the items that have caught my attention.

Dream Team not so “Dreamy”

-We are now four weeks into the NFL season.  There are only two undefeated teams left, and the excitement is brewing.  In the off-season, no team made more headlines than the Philadelphia Eagles.  Once a new CBA deal was struck, the Eagles seemed ready to “fly” into action.  It seemed each day brought a new major acquisition to a team that already won the NFC East last season.  Then on a fateful July 30th morning, Vince Young, a man who has yet to play a down for the Eagles, declared Philadelphia’s finest the “Dream Team.” END_OF_DOCUMENT_TOKEN_TO_BE_REPLACED 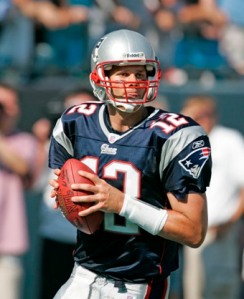 Photo courtesy of indyposted.com. On this day 10 years ago, Tom Brady (pictured above) came in to replace an injured Drew Bledsoe. And the rest is history.

Every team is done with an eighth of their games at this point and I can safely say that the first two weeks have been anything but predictable.  The Bills, the Redskins, and the Lions are all 2 and 0 (who saw that coming outside of Rex Grossman?).  Little known Harvard-gunslinger Ryan Fitzpatrick is gaining traction around the country, while Cam Newton is living up to all the hype and more.  Plus the Colts may be the worst team in the NFL.  Lastly, on this day ten years ago, little-known Tom Brady subbed in for an injured Drew Bledsoe. Talk about a crazy scenario.  I know that I for one am extremely excited to see what Week 3 has in store.

After Week 2, here is the scoreboard.