5.  Canada’s favorite pastime is still going strong as the regular season nears a close.  There are eight or fewer games remaining for every team in the NHL.  And we all remember last year’s insanely unpredictable playoffs that made Game 7’s seem like a given.  Both Boston and Vancouver are once again heavy contenders to hoist Lord Stanley come June, but New York and St. Louis appear to be in pretty good shape in their own right.  My eyes will be focused on a colossal showdown in the nation’s capital on Tuesday. END_OF_DOCUMENT_TOKEN_TO_BE_REPLACED 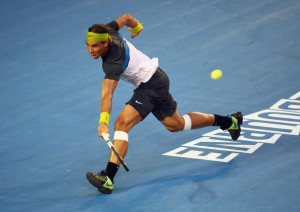 Photo courtesy of zimbio.com. Back in July of 2008, Rafael Nadal (pictured above) broke Roger Federer's heart and took over Men's tennis. On Sunday, Nadal's heart was broken by Novak Djokovic.

Though it is extremely difficult for me to do, the main topic today will not pertain to the Super Bowl on Sunday.  Do not worry though.  There will be much more to come regarding the big game soon.  Today, I am going to give center stage back to tennis.

One for the ages

5 hours and 53 minutes of greatness.  I do not think there is a way to adequately explain what the tennis world was able to bear witness to on Sunday.  Every cliché in the book for an “unbelievable” event would be relevant in describing this tennis match that will not be forgotten any time in the near future.  A “once-in-a-lifetime type of match.”  A  “I-can’t’believe-what-I-just-saw type of match.”  Let the superlatives roar.  Because without utilizing a plethora of superlatives, you would be doing an injustice in describing the 2012 Men’s Australian Open final. END_OF_DOCUMENT_TOKEN_TO_BE_REPLACED

By Josh Kramer We all knew it was just a matter of time.  An inevitable occurrence.  There are not too many certainties in the MLB these days.  I mean who saw the Cardinals winning the World Series, much less making … Continue reading →

By Josh Kramer Everyone is well aware of a few things in the American League this year.  Number one, the two favorites to represent the League in the Fall Classic reside in the AL East.  Number two, the AL East … Continue reading → 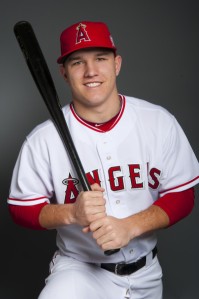 Photo courtesy of zimbio.com. Mike Trout (pictured above) is just 19-years-old and is currently up in the Major Leagues. Bryce Harper has received much more attention, but it appears Trout's time has come. Get to know Mike Trout.

Finally something positive in Columbus

It has not exactly been a pleasant past six months in Columbus.  Ohio State went from a national title contender, to rule breakers, to having the faces of the program resign and/or quitters, to a program that is currently waiting further instruction from the NCAA.  Not exactly the place where Buckeye Nation would like to be heading into a season where many had considered them a national title favorite before all of the recent shenanigans.

On a day where a recruit decided to forego heading to the Horseshoe and take his talents up North to the hated Big House (Kyle Kalis), at least something good finally happened.  Ohio State added a new coach to the staff.  A home-grown Ohioan.  A Buckeye legend.  A former two-time Big Ten Defensive Lineman of the year.  And of course a 3-time Super Bowl Champion.  None other than a man who most definitely bleeds scarlet and gray, Mike Vrabel. END_OF_DOCUMENT_TOKEN_TO_BE_REPLACED

It’s almost April, and you know what that means.  The American pastime is ready to get under way.  The first pitch will be thrown in a little over 24 hours. Major League Baseball features a grueling 162 game journey over a … Continue reading → 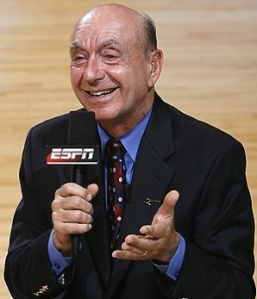 Come next Saturday, Dick Vitale (pictured above) will be screaming at the top of his lungs with a plethora of big time matchups to cover. It should be "Totally Awesome Baby, with a capital A!"

I know there has been a brief hiatus from the typical “Weekly Nickel.”  But now it is back, and better than ever.  What a week of sports that we just had, and what a week we have ahead.  Lets jump right into the list. END_OF_DOCUMENT_TOKEN_TO_BE_REPLACED

Former San Diego State and Ball State Coach, Brady Hoke (pictured above), is the new Head Coach at Michigan. Can he live up to the high expectations in Ann Arbor?

Here is a look at some of the main topics going on.

Most of you probably tuned in to  the BCS National Title game last evening.  From the record-setting TV ratings, it is very likely actually that you watched this game.  Well either way, you are aware that an SEC School brought home the title for an unprecedented 5th consecutive years. Though an entertaining game, it came nowhere near the 2006 National Title matchup between Vince Young’s Longhorns and the supposedly “unbeatable” (and cheating)” USC Trojans.  The game last night went somewhat as I expected.  The first quarter was a demonstration of both teams crapping their pants.  Neither team executed offensively the way they are capable of.  Consequently, neither team put up any points.  This is typical with the nerves that come from playing in a National Championship game.  Ultimately, the game came down to the wrist of Auburn’s Freshman Running Back, Michael Dyer.  What a game for the Freshman out of Little Rock.  But nobody wanted the game to come down to a call that is still very debatable in my eyes.  So it was a fun game to watch regardless of the sloppy play.  But here are some key takeaways.

-Number one, give me a playoff.  Neither of these teams had played a game in well over a month, and boy did it show.  That was not the Oregon offense that averaged over 49 points a game this season.  Now kudos to Mr. Fairley, and Auburn’s defense, which put together a stellar effort, but the time off hurt Oregon.  In addition, that was not the Cam Newton that we watched in the SEC Championship game against South Carolina.  Sure Newton played well, and did enough to win, but much of his momentum had been lost.

-Also, my apologies to TCU.  Sure they are acting like they do not care and are very happy with a year in which they got to win the prestigious Rose Bowl.  But you are going to tell me that they did not want or deserve some sort of shot at the title?

-I realize that the game was on the West Coast, but it went entirely too late.  Anybody who worked yesterday had to be struggling to stay awake for the 4th quarter.

How does it feel to know that you were at best the 3rd choice for a job?

I will admit that statement above is a bit harsh, yet it is true.   Jim Harbaugh passed.  Les Miles passed (whether Michigan’s AD admits it or not).  And now Brady Hoke is the new coach in Ann Arbor.  Boy does he have a tall task ahead of him.  Yet, I have a good feeling about this guy for some reason.  Maybe it is the optimist in me, but the winningest program in NCAA history will eventually have to turn things around.  People will just have to be patient.  Former Wolverines like Charles Woodson, Tom Brady, and Lloyd Carr all rave about this guy.  Believe me, they are not being forced to hype this guy up.  They could always just give a “no comment” or an extremely generic answer.  These guys seem ecstatic to have this Hoke guy running things in the The Big House.  I just have one piece of advice for Mr. Hoke as he steps into his supposed “dream job.”  Make sure to put up an over 500 record in The Big House.  Or Hoke will be let out the back door inside of 3 years without questions asked.

The Closer Shuts the Door

It is hard to fathom, but the time has come.  Trevor Hoffman is finally hanging up the cleats.  Arguably the greatest closer of all time, Hoffman is calling it quits after 17 years.  He retires with 601 saves, the most in MLB history (41 ahead of Mariano Rivera).  Will the game ever see a closer hit 600 saves again? In an era where consistent relief pitchers are few and far between, Hoffman flourished over the better part of 2 decades.  The MLB will definitely miss this sure-fire Hall of Famer.  Cincinnati has to be kicking themselves for not keeping the kid that they drafted out of Arizona University in 1989.

So I realize there are many other major headlines going on today.  Ron Rivera was hired as the new head coach of the Carolina Panthers.  Ed Reed has returned to his 2nd family, the Baltimore Ravens, after tending to some family business.  And the NHL has revealed their All Star Roster in full.

Please steer any questions or thoughts you have to the comments section or shoot me an email at contact@thesportskraze.com

MLB baseball has taken a backseat as of late.  Well at least in Cincinnati (ironically).  NFL Football and College Football have been at the forefront of the sporting scene.  In Cincinnati we feature the Cincinnati Bengals, one of the hottest … Continue reading →

Last evening, the Yankees and Rays continued to battle it out in what is becoming the most exciting rivalry in the game of baseball (at least for this year).  For the second straight evening, a game was won in extra innings.  … Continue reading →