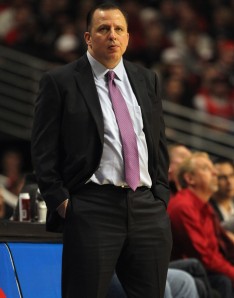 Photo courtesy of zimbio.com. The Bulls have become an afterthought due to Derrick Rose’s injury, but with Tom Thibodeau (pictured above) running the show, don’t count Chicago out just yet.

In the wake of Dwight Howard going to the Lakers, Andrew Bynum going to the Sixers, and Joe Johnson going to the Nets, the 2012-2013 Chicago Bulls lie somewhere in the desert.

This is the team that had the best record in the NBA over the past two seasons and lost their superstar Derrick Rose to a torn ACL in the first round of the playoffs last season.

This is the team that was the biggest threat to Miami in the Eastern Conference before that injury.

Yeah, that team. Remember them? It seems like a lifetime ago in which they were championship contenders. END_OF_DOCUMENT_TOKEN_TO_BE_REPLACED