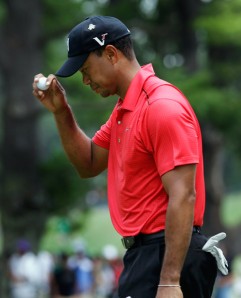 Spain took their place among the elite teams in soccer history this weekend after taking home a third consecutive major title.  Wimbledon has had a March Madness type of feel with Venus Williams exiting in Round 1 and Rafael Nadal going down in Round 2.  Brad Keselowski was the king of the Kentucky Speedway.  And the “Dwight Howard Soap Opera” has opened up Season 2.  Last week was a great one, but this week will be jam-packed in its own right.  Here are the events to keep an eye on.

5.  Kentucky Speedway got it right this year.  Brad Keselowski was a happy man on Saturday night as he moved into 10th in the Sprint Cup Standings.  Now the NASCAAR crew heads to Daytona to see who can take home the NASCAR Sprint Cup Series at Daytona.  David Ragan came out victorious last year at this event, while the current leader of the Spring Cup Standings, Matt Kenseth, finished second.

4.  Tiger Woods is back in the building.  Or at least in the win column.  Woods has leapfrogged Jack Nicklaus in terms of PGA Tour wins and now ranks second all time at 74.  I am not going to get carried away though.  He is still out in the “Woods” in my eyes and the Tiger we once knew will never return.  Next stop, White Sulphur Springs, West Virginia for the Greenbrier Classic. END_OF_DOCUMENT_TOKEN_TO_BE_REPLACED