The brackets are out. Let the journey to Houston begin!

The Brackets are finally officially set.  No more speculation.  No more bracketology.  I will admit that what ESPN Bracketology specialist Joe Lunardi does is pretty remarkable.  But it is made out as if his bracket is more important than the real thing some times.  I will take the bracket presented by the CBS Selection Show every day of the week over Lunardi’s.  Anyways, after watching the Selection Show this evening, here are a few initial items that really jumped out at me: END_OF_DOCUMENT_TOKEN_TO_BE_REPLACED

Come Wednesday, College Basketball fans are in for a treat as they get to watch Jim Boeheim (left) and Jim Calhoun (right) lead their squads into another epic Big East battle. It should be a great one.

It is another Monday, and you all know what that means.  Lets get the week started with a look at the top events coming up in the sporting world throughout the next 7 days. END_OF_DOCUMENT_TOKEN_TO_BE_REPLACED 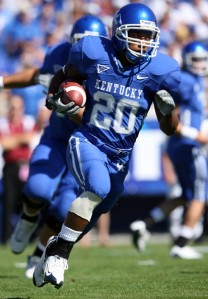 The Under Armour Senior Bowl is set for Saturday. Derrick Locke (pictured above) is one of many players looking to wow the NFL scouts before the combine.

After the weekend “that was,” we are now heading full steam into another amazing week in the wide world of sports that “will be.”  Saturday was arguably the best day of College Basketball we have had since last March and Sunday was just an outstanding day of NFL Football.

So whats in store for this week?  Here is a closer look. END_OF_DOCUMENT_TOKEN_TO_BE_REPLACED