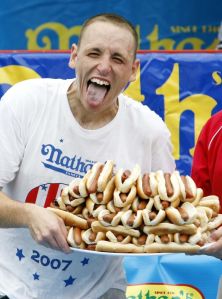 5.  At least the NHL is having some positive action.  Despite the current lockouts in two of the four major professional sports leagues in the United States, at least the NHL is still doing its normal thing.  Lots of action in the past couple of days.  And do not expect that action to stop.  Brad Richards signed with the Rangers for 9 years and 60 million dollars.  Goalkeeper, Tomas Vokoun is now a Washington Capital.  And of course one of the greats of all time, Jaromir Jagr is returning to the NHL for one last go around. END_OF_DOCUMENT_TOKEN_TO_BE_REPLACED

The past 48 hours have been an absolute world wind in the sporting stratosphere.  Things like the Gold Cup Finals, the FIFA Women’s World Cup, Wimbledon, and the Dodgers fiasco have been at the forefront of the discussion.  Here is what has caught my attention.

Badger time in the Big Ten?

There has been zero dull moments in the Big Ten this off-season.  A split into two separate divisions.  The addition of Nebraska.  Mayhem in Columbus.  And now the addition of Russell Wilson to the Wisconsin Badgers.  I feel like all the puzzle pieces are falling into place for Badger Nation.  This was going to be a very good Wisconsin team to begin with.  A great offensive line.  Solid defensive unit.  But the one thing they appeared to be lacking was a quarterback that could perform on the big stage.  Well it appears they have found their man. END_OF_DOCUMENT_TOKEN_TO_BE_REPLACED

Photo courtesy of live-like-a-german.com. The FIFA Women's World Cup has begun. Can the US win the title for the first time in 12 years or will the Germans three-peat?

It is another Monday in the wide world of sports.  And I must say that I am excited for what should be another great week.  Plenty of items to be on the look out for.

5.  The NFL lockout has passed the century mark.  And though there is optimism in the air, it is only “cautious optimism.”  Many have pointed towards around July 4th for the dispute to be solved.  Lets just get back to football.  I am tired of the speculation.  All parties involved want football.  The owners, the players, the coaches, and most importantly, the fans.  What would Monday nights be without the “C’mon Man” segment? END_OF_DOCUMENT_TOKEN_TO_BE_REPLACED