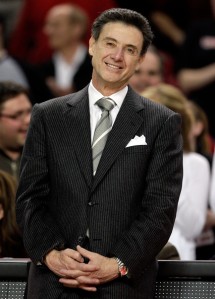 Both number one and number two went down in college basketball.  Baylor claimed its first Heisman.  And the NL MVP was apparently taking some sort of illegal performance-enhancing drug (PED).  Last week was absolutely wild, but this week should be fun in its own right. Here are the events to keep an eye on this week.

5.  Bowl season is upon us.  We all were thoroughly impressed by Robert Griffin III on Saturday night in NYC.  The guys is truly a gentlemen and a phenomenal ambassador of the sport.  RGIII truly embodies what it means to be a student athlete.  But there is still more football to be played.  Bowl season gets underway on Saturday with a triple-header of games.  I am not sure any of these lackluster bowls will be of interest to you unless you are dedicated fan of one of the schools.  Here is the rundown though.

*Temple features one of the nation’s elite defensive units.

*The Aztec football program is headed for the Big East

(All picks for the big games will be released in my weekly College Football picks.)

4.  The regular season is just under two weeks away from what should be an awesome opening day on Christmas.  Though the few week offseason has not been quite as jam-packed as the NFL one was, there has been enough hysteria and madness to keep things interesting.  David Stern made one of the ballsiest moves I have ever seen a commissioner make in any sport by not allowing the CP3 trade to LA to go through.  This veto ranks right up there on the poor decisions list with the MLB All Star Game tie of 2002.  Either way, keep your eyes and ears open.  Players like Dwight Howards, CP3, and others will be finding new homes in the very near future.

3.  All seems to be back to normal in the hockey world.  Both Detroit and Vancouver have finally gotten their acts together out West, and the East appears to be three-headed throwdown between Philadelphia, Boston, and Pittsburgh.  I know the NHL tends to fall by the wayside during this time of year, but there is still plenty of great action going on this week, highlighted by the matchup in Pittsburgh on Tuesday night.

Detroit Red Wings at Pittsburgh Penguins:  Detroit finally has found their wings and has “flown” back into contention.  The tradition-filled franchise is one of the hottest teams in the League, and the best team in the NHL when on their home ice.  Luckily for Pittsburgh, this game will be played at the friendly confines of the CONSOL Energy Center.  The Penguins are playing solid hockey of late.  Nothing too great.  They play balanced hockey and really do not do anything especially well, except kill other teams power play attempts.  Detroit is also a very balanced team.  Their big issue though is they struggle on the road.  Expect the Red Wings road woes to continue as the Penguins protect their home ice.

2.  So “Road Test Saturday” turned into “Upset Saturday” in a hurry.  Both Kentucky and Ohio State faltered in their first true road tests of the season, but both teams also showed great resiliency.  I still feel these are the top two teams in the nation, with North Carolina not far behind.  I also must admit that it is nice to see Indiana back in the limelight of college hoops.  Tom Crean has truly brought the Hoosiers back from the dead.  Next Saturday will be another fun one highlighted by an old-school Conference USA battle in Louisville.

Memphis at Louisville:  These storied basketball programs are still quite familiar with each other from the good old Conference USA days.  They both are still contending programs each year, with the only difference being that they no longer are “conference” foes.  This is a huge game though for both teams, as they continue to prep for the grind of conference play.  Memphis has struggled in big games this year, and still has a rematch with Georgetown plus a date with their in-state rival Tennessee looming before they really jump full steam into conference play.  Not to mention they just took one on the head from Murray State yesterday.  Louisville on the other hand has exceeded expectations thus far and is looking to cruise into their New Year’s Eve date with bitter rival Kentucky.  Though Louisville does not really have a star this year, they have great balance.  And they are playing at home.  Memphis will make it interesting, but Louisville will be too much at home down the stretch.

1.  Aaron Rodgers continues to wow the world.  Cam Newton is not too far behind on the “Wow” meter.  Tim Tebow continues Gator Chomp and shock the world.  And the Cincinnati Bengals “bungled” a major opportunity that probably spelled “game over” to their playoff hopes.  Week 14 is nearly in the books, but Week 15 is just around the corner.

-Carolina at Houston (Can Cam thrive against one of the elite defenses in the NFL?)