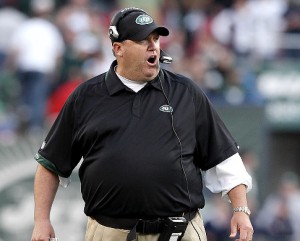 Five teams have yet to win a game this year as we hit the end of the first month, while three teams have yet to lose a game this year.  Some of this may be expected, while some of it may not.  Not too many people saw the Lions and Bills starting the year 3 and 0 (76% of teams since 1990 that start 3 and 0 have made the playoffs).  In addition, I do not think anybody saw KC posting a -82 point differential three games into the year.  But these are just minor details.  The big news is how will the Patriots play following the long-awaited Tom “Pretty Boy” Brady haircut?

I am not sure Week 4 will live up to all that was Week 3, but it will still be fun.

After Week 3, here is the scoreboard.

-The Word:  The newfound hope in the Motor City heads to the Big D to take on America’s team.

-The Word:  Can Cam Newton shred another vulnerable secondary unit?

-The Word:  Ryan Fitzpatrick returns to his former home to take on the Bengals and their anemic offensive attack.

-The Word:  Will this finally be the week where Chris Johnson demonstrates why Tennessee “Showed him the money?”

-The Word:  Two unexpected 3 and 0 teams go toe to toe at Arrowhead.  Do not expect AP to complain about carries after this one.

-The Word:  Grossman and the Skins could very easily be 3 and 0 while the Rams have not come to close to an opponent all year.  Could this be the week the Rams notch one in the win column?

-The Word:  The Jags have a solid defense, but is it solid enough to stop Brees and the lethal Saints offensive unit?

-The Word:  This appears to be the year the Texans finally breakthrough and make the playoffs.  Any and all playoff business in the AFC always finds a way to go through the Black and Yellow.

-The Word:  Sadly for Coach Jim Harbaugh, Michael Vick should be out on the field come Sunday.

-The Word:  These are two teams heading in very different directions.  Maybe some home-field medicine can do the trick in getting the Cardinals back on track.

-The Word:  Seattle’s offense is averaging a meager nine points a game.  If Seattle does not score more than nine, they will not win this one.

-The Word:  This could be the game where Philip Rivers really breaks out of his recent funk.

-The Word:  The best passing offense versus the best rushing offense.  Do not expect much defense in this one.

-The Word:  Denver will really have to take advantage of a lackluster Green Bay secondary to stay within two scores at Lambeau.

-The Word:  Physicality at its finest.

-The Word:  The Andrew Luck Sweepstakes have began in Indianapolis after a heartbreaking loss to Pittsburgh last Sunday night.

Game of the Week:  New York Jets at Baltimore Ravens

-Two perennial AFC playoff teams go toe to toe on the big Sunday Night stage.  What could be better than a matchup that features Rex Ryan, Ray Lewis, and two very good football teams?  This is not the New York Jets that we have become accustomed too though.  They no longer are your old school smash mouth team.  Mark Sanchez and the boys have become a pass first team that cannot stop the run for some reason (rank 31st in opponent rushing yards).  Though Rex and Co. would love to go back to their old ways, Baltimore and their stifling defense is not exactly the best team to do that against.

-Baltimore has been extremely Jekyll and Hyde this year.  They have looked like the best team in the League in two of the games, and one of the worst in the other other.  Which Ravens team will show up?  I am hoping the good one, or this game will not be fun to watch.  This game is being played in Baltimore, which bodes heavily in Baltimore’s favor.  New York has struggled on the road this year and I do not expect them to figure out their road woes against a very good Baltimore team.  Too much ability to run the ball and stop the run in this one from the Edgar Allen Poe’s.  Expect a Baltimore victory and an unhappy homecoming for Derrick Mason and Rex Ryan to M&T Bank Stadium.

Stat of the Week:

-This will be Rex Ryan’s 36th game as head coach of the New York Jets.  In last year’s September 13th opener against the Ravens, the Jets were held to 176 yards total yards of offense including 60 via the air.  Let’s hope the Jets can do better than that on Sunday night.

CV3:  The game to watch this week; Steelers at Texans. Two high-powered offenses face off in Houston to make their case for the number one spot in their respective divisions. Will the Texans have enough gas to get over the hill? They ran out just before reaching the top of the hill last week against the Saints. If the Texans can make it happen, it is possible the Browns could top the AFC North… the Browns?

CB:  One of the most important games of the week: Detroit at Dallas. Yes, Detroit. I am a believer! It will be important for the Detroit defense (most the fearsome defensive line) to attack Tony Romo as often as possible and keep him under pressure. With Romo dealing with different injuries, Detroit’s defensive line could have their way with the banged up quarterback. I look for Stafford to have a big game against Dallas’ defense this week. From looking at his statistics, the Cowboy’s D better be ready for a track meet.

DC:  Well, I went 2 for 3 in my upset specials last week and I really should have been 3/3 if it was not for the VIkings’ collapse.  I honestly did not see too many opportunities for upsets this week.  I think it will mostly be chalk except for possibly the Monday night game.  Indy proved they were not as big of a joke as the nation thought with a nail biting loss to the Steel City last week.  I think they bounce back and beat a surging Bucs squad on Monday night.  Obviously, everyone’s eyes will be in Dallas this weekend.  Mo-town, you may have a better team this year- but there is no way your football team is good enough to go 4-0 (even though it would be over 4 lackluster ball clubs).  Dallas puts Detroit in the place this week with a convincing W.

TSK:  Unfortunately it will be very hard for this week to live up to the standards set last week.  But nonetheless there are still some great matchups.  I am very curious to see how the Texans handle being an AFC contender against the always relative Steelers.  In addition, will Tom Brady’s new haircut help the Patriot defense finally wake up?  Finally, who will win the battle of manliness between Rex Ryan and Ray Lewis?