Is it a rivalry? 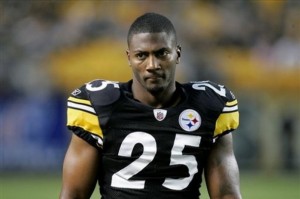 Photo courtesy of cosbysweaters.com. Ryan Clark (pictured above) is already dishing out the trash talk with well over a month before Week 1.

It is only the first week of training camp and already the trash talking is wide-spread throughout the League.  Despite a 132 day lockout, the players are already talking trash in heavy anticipation of Week 1.  In Pittsburgh, outside of James Harrison, Ryan Clark is by far the most outspoken member of the defending AFC Champions.  Ryan Clark, the Steelers hard-hitting safety gave the Ravens some great locker room material today.  Clark said the following:

“People try to make this game between the Ravens and Steelers as so much of a  rivalry, a fight. You can say it’s a rivalry if you like, but I really feel that  for a game to be a rivalry, it doesn’t have to just be physical. I think for  something to be a rivalry, both teams have to win equally. I think just the hate  between the fans doesn’t make the situation a rivalry” (courtesy of aol.sportingnews.com).

The Pittsburgh/Baltimore game set for September 11th is one of the most hotly anticipated Week 1 matchups as we get ready for the NFL fun.  But Clark’s quote, though probably just an attempt to stir the pot, got me thinking.  Is the Steelers/Ravens matchup a real rivalry?

According to thefreedictionary.com, the following is the definition  for the word “rival”.

1.  “One who attempts to equal or surpass another, or who pursues the same object as another; a competitor.”

2. “One that equals or almost equals another in a particular respect.”

Now I will admit, that definition is extremely vague.  When one thinks of a rivalry, they think of your most hated opponent.  The Yankees/Red Sox immediately come to mind.  Ohio State/Michigan comes to mind.  But how can Ryan Clark say that the Ravens are not a rival of the Pittsburgh Steelers?

Don’t the two AFC North powers compete at least two times a year, and normally three (meet in the playoffs)?  Aren’t they both pursuing the same object (AFC North Title, Lombardi Trophy)? I guess the second definition is where Clark’s statement comes to debate.

Clark is obviously inferring that the Steelers own the Baltimore Ravens.  Sure the games are always physical.  Obviously the fans hate each other.  But Clark is saying that the Steelers always win.  Since the Browns moved to Baltimore in 1996 and transformed into the Ravens, the Pittsburgh and Baltimore franchises have dominated the AFC North for the most part.

Pittsburgh holds a 21 and 12 record versus their divisional “rival.”  In addition, the Steelers are a perfect 3 and 0 when playing against Baltimore in the playoffs.  So maybe Ryan Clark has a point.  Maybe Pittsburgh owns Baltimore to a point where this matchup is unfairly called a rivalry?  Sorry Ryan, this matchup is a rivalry whether you like it or not.

Both of these teams in recent history are not only perennial favorites to win the AFC North, but favorites to represent the AFC in the Super Bowl.  If I were Ryan Clark, I would be careful what I wish for.  Baltimore should be very tough next year, as usual.  I am sure Pittsburgh will be up for the challenge though.  Trash talking generally helps a team focus in while preparing for a game.  Lewis, Reed, and the boys have well over a month to prepare for this one.  There is absolutely no reason to give the always dangerous Ravens locker room material with over a month until game time.