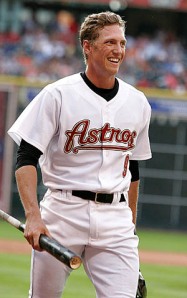 Sure the MLB Trade Deadline has been a bit overshadowed by the wild week in the NFL.  Well in the past couple of days, two of the best teams not only in the NL, but in all of baseball, have become better teams in preparation for deep playoff runs.

The Phillies and Giants, the two teams who met in last year’s NLCS currently possess the best records in the National League.  They have the two best pitching staffs in baseball and seem to be on an inevitable collision course towards a playoff rematch.  The only question about both teams as August rapidly approaches regarded if they had enough offensive firepower.

Well they both did a great job in answering that question.

The two best available bats on the market ended up with the two best teams in the National League.  Go figure.  The strong get stronger.

The defending World Series champion Giants rank a woeful 15th in the NL in runs.  They truly embody what the statement, “pitching wins championships” means.  But surely they would love to improve their offense.  Well earlier this week, they went out and got arguably the best bat available on the market, Carlos Beltran.  No Giants regular is batting .300.  In addition, no Giants regular has more than 10 home runs or even 50 RBIs.  Well Carlos Beltran will be able to come in and change those abysmal offensive stats in a hurry.  Sure Nate Schierholtz was having a solid year for the Giants, but Beltran has been having his best year since 2008 and was thirsting to join a contender.  Beltran has been given that opportunity.  Expect Carlos to come up big down the stretch for a San Francisco lineup that really has no offensive firepower.

The Philadelphia Phillies have been on straight cruise control all year.  They are a team that possesses arguably the greatest pitching staff of all time, and fully expect to play deep in October.  The only hit on Philadelphia has been their average power hitting and below average overall team batting average.  Similar to San Francisco, the Phillies lack a .300 hitter in their lineup, though Shane Victorino is on the cusp.  Plus the plate production from the right field spot has been one of the worst in the League.  Well have no fear, Hunter Pence is here.  Pence is an outstanding acquisition for the Phillies and could be the missing piece that puts them just a nose ahead of the Giants.  He really fills the void that was left by the departure of Jayson Werth.  Pence is an outstanding talent who has the unusual ability (at least in this day and age)  to hit for both power and average.   He is a huge upgrade from the current tandem of  Ben Francisco  and Domonic Brown.  Plus, Pence has to be a happy man in that he goes from the worst team in the MLB to the best team in the MLB.  Talk about going from a pretender to a contender.

Before these recent moves, the Phillies were my favorite to win the NL.  And even amidst the recent transactions, they still are my favorite. Pence is younger and hungrier than Beltran.  Plus the Phillies did not have as much of a need for offensive firepower as the Giants.  Lastly, Pence is a huge upgrade in right field, while Beltran is an upgrade, but not a huge upgrade in that Schierholtz was having a solid year.  At this point, the Phillies are still the favorite in the NL, but remember that there is still plenty of baseball to be played.