Bill Simmons: At the top of the game 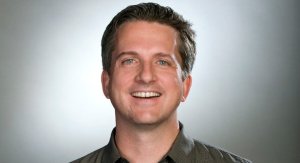 The long anticipated “Bill Simmons Project” has finally launched.  And it has definitely been a huge box office type of opening if that is possible for a website.  Simmons is a role model to me and millions of other writers across the globe.  He was one of the first writers to embrace the internet.  He is currently at the top of the sports journalism game in every respect imaginable.

His work, the “Book of Basketball” was an instant New York Times Bestseller.  He currently has nearly 1.5 million Twitter followers.  His podcast is immensely popular.  And his idea of “30 for 30” has been transformational in the sports documentary realm.  It is fair to say that this guy has done it all.  Yet the best part is that he still wants to do more as we are seeing today with the launch of his new project.

When you are at the top of your respective craft, why not roll the dice?  The creator of the BS Report, the Ewing Theory, and the Manning Face has nothing to lose.

Grantland will unquestionably be a massive success.  When has the Sports Guy ever failed? Plus Simmons has surrounded himself with a writing “Dream Team” of sorts.  People like Chuck Klosterman, Malcolm Gladwell, and Katie Baker do not just sign up for projects with people that they do not have full confidence in.  Why would they need to?

Make sure to check out the new website Grantland.

One response to “Bill Simmons: At the top of the game”